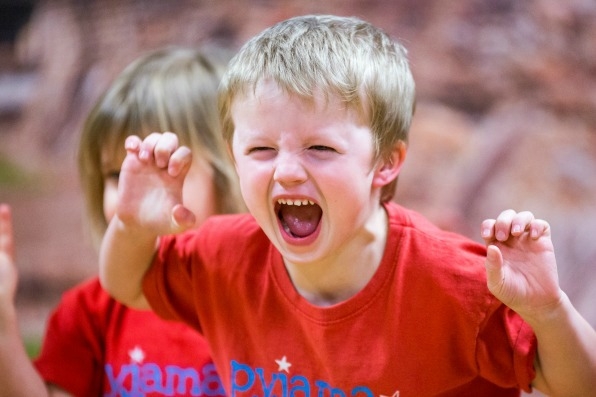 Roleplay; the gateway to a creative and happy childhood

Franchisee Amy Hansford was recently interviewed by Journalism student Kathryn Townsend, who explores the power of role play for young children in this insightful article...

Long before computer consoles, touch pads and interactive media grasped our children’s attention they would happily surround themselves with an array of magical, mystical and, yes completely fabricated settings. With a selection of friends all of whom only ever existed in the land of make believe, but were never considered any less important than real people in the eyes of the child who created them, imagination was and still is, for the most part, an integral portion of the development process in children. Being encouraged to role play is proven to have a positive effect on several crucial areas of child growth including; cognitive development, communication and language development, social development and lastly, physical development.

Amy Hansford, manager at Milton Keynes Pyjama Drama is a strong advocator for childhood role play and explains here the importance of children exploring the realms of creativity via imaginary play.

“We see young children copying grown-ups all the time,” she says “We lead by example, so having a safe environment in which to mimic that behaviour and play through scenarios is so important in allowing children to make sense of the world around them”

“It allows them to test theories and ideas, create imaginary scenarios, which are quite frankly more fun than boring old ‘real life’, and push their ideas and creativity further,” she continues. “Role play has no limits – it’s fantastic to give our children such freedom, especially as we fence them in so early these days.”

It’s widely known that a child’s ability to communicate verbally is a direct response to the speech and words they are exposed to on a regular basis. The different tones and expressions that come with that are also practiced regularly as a child, and in most cases vocabulary and understanding is perfected through imaginative role play. This can begin at a relatively early age and is present throughout childhood with many benefits.

“Confidence is one of the greatest benefits.” Amy explains. “If a child can play at being a doctor to help their toys, and see that they are just trying to make the toys better, they calm any fears they might have themselves about going to the doctor. They’re not a threatening doctor, therefore doctors in general are not threatening.”

“Another great benefit is freedom; thinking of some children with ALN (additional learning needs) who can feel like the world doesn’t ‘get’ them, or that they don’t quite ‘get’ the world. When children role play, they create the rules, the rights and the wrongs, and they create a world in which they can be happy, free and which will always have a happy ending.”

During the early years of a child’s growth the brain is considered to represent that of a sponge. Scientific research shows that by the age of four a child’s brain is twice as active as an adult,  this is simply due to the fact that the brain of a child burns a great deal more in glucose than that of an adult, and it is required to do this in order to maintain the vast number of connections between neurons. So  when I child is absorbing everything around, he or she is presenting that knowledge via role play, helping to create an environment for intellectual, social and emotional development.

When asked about how role play impacts a child in terms of development and intellectual gain Amy says, “Any opportunity to use the imagination stimulates brain growth. It has to; it’s sparking the brain into action!

“When playing in role, one must consider their place in a situation,''she continues, 'How to react to scenarios, create those scenarios in the first place, use real world objects in the place of fantasy  ones, come up with strategies, problem solving, characterisation, potentially voice work…and these children are two years old. At such a young age they may not verbalise their ideas as much, but they are there.”

Imaginative play in even the youngest children strongly improves their capabilities to build relationships and social skills; they learn incredibly early on the importance of teamwork and also the importance of expressing their own feelings. Without role play children have the potential to develop slightly slower in key areas.

“Peter* was a very quiet three year old boy with very little to say'', Amy recalls, ''Insular, he kept to himself at nursery. When he started, he followed what we did almost silently, the occasional smile when he didn’t think I was looking. Four weeks in and he made his first suggestion to the role play - teachers became VERY interested as he didn’t normally interact well with others or communicate often.”

“Within a few more weeks, Peter became far more active in Pyjama Drama and would even perform songs at the end on his own. The nursery staff were amazed at the change in his behaviour. They had always had role play areas in the nursery, but finally someone had taken Peter by the hand and listened to his ideas, enabling him to communicate in a world where he felt comfortable, which then stretched out into the wider real world.”

“In role play, you have to socialise in order to allow others to understand your pretend world and join in,'' Amy explains. “You have to help others so that they will help you, and this is great practice. All the times we pretend to take high tea with our toddlers prepares them for having lunch with friends, sharing and becoming aware of social practices.”

Most children these days are introduced at an early age to different technological equipment that on the one hand can be displayed as an educational tool, to improve a number of skills, but on the other hand it can be deemed unsupportive in the way of developing a child’s life so as to communicate effectively and interact in social circumstances without being inept.

When asked about whether or not the introduction of new multimedia technologies has had a negative impact on children, Amy says, “Only as much as television did, or the introduction of radio. It’s just new technology. Clearly putting your child in front of a screen all day every day has various negative effects. But used in sensible amounts they engage children and ask the children to participate.

“If anything'', she continues, ''Most of the pre-schooler apps that I have encountered encourage children to take on a role, solve problems and improve their fine motor skills, although nothing can compare to the power of interaction and the give and take of role play with a trusted adult."

Role play is definitely a fundamental fragment of child growth in both physical and mental terms, and the way we encourage our children to perform in their imaginary worlds is vital in ensuring their long term development is on the right path. Playing is progressing, so every child should be encouraged to learn how to pretend.

Posted in Education By Pyjama Drama