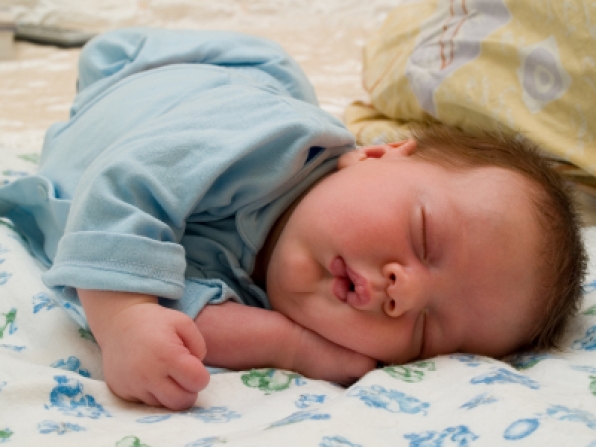 Five things I bought for my newborn (and then never used)

The first time I was pregnant I just couldn't wait to get down to Mothercare to stock up on all the things my precious newborn would surely need; Moses basket, cot, travel cot, baby seat, car seat, play mat, changing mat, changing bag, high chair, pushchair, bouncy chair, pram, and if you're a parent you'll know that this is just the start. But whilst some of this stuff is clearly useful (if not fairly important) it makes me shudder to think how many things I bought that I really didn't need.

So, here are five  things I bought when I had my first child (and then never used) :

1) A NAPPY WRAPPER – bought when under the misapprehension that I would have a prettily decorated, discrete ‘changing area’ in which to change bottoms, and sold as a handy little tool designed to take the ‘phew’ out of ‘baby poo’ The changing area never materialised and the nappy wrapper never even got out of the box.

2) A NATURAL SHEEPSKIN RUG which promised to ‘promote sleep’ (something that pre children I used to enjoy quite a lot) and would be perfect for taking with us on our travels to give the baby that ‘feeling of security’. In fact, for the first year she wouldn’t sleep anywhere but in my arms and we couldn’t afford to go on holiday...

3) A BABY SLING which was pretty useful for the first few days when, being too frightened to carry the baby down the stairs, I used the sling instead. That is until the day I tripped up at the bottom of the stairs and nearly knocked her out against the wall.

4) BABY SLING NUMBER TWO – purchased after the incident described above and because, unlike the sling with straps and buckles, this was ‘like the extra pair of hands every parent needs’. Unfortunately, I needed that extra pair of hands just to put the blasted thing on - two hands weren’t enough and that being said, this sling never made it out of the house either.

5) THE MOST EXPENSIVE PRAM IN THE SHOP - lusted after for months and then kindly bought by my lovely in-laws, this three-in-one ‘travel system’ never really travelled anywhere. I couldn’t lift the ‘ultra lightweight’ car seat which did NOT 'slot easily' into its frame and when in ‘pram mode', it didn’t even fit through the front door.