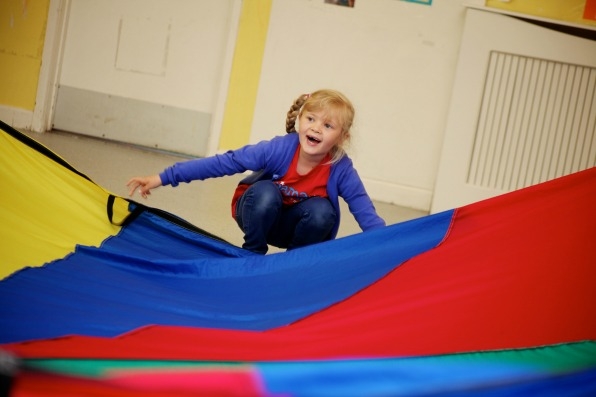 The power to change lives

A mum recently told me that she spent months agonising whether to enroll her three year old in a Pyjama Drama class. Her best friend took her child and loved it, her daughter didn't go to preschool on the morning of the class and she was already looking for an activity for them to do together. So why the procrastination? ''I still have nightmares about my drama classes at school, ' the mum explained. ''I hated them. I was so shy and one day the teacher forced me to stand up in front of everyone and I couldn't stop shaking. My daughter is also shy and on top of that has language delay so I couldn't bear the thought of putting her through what I went through.''

This story, although fairly rare, is not uncommon. Unfortunately, I've heard this type of experience before and like any self respecting drama teacher it makes me really angry and desperately sad in equal measures. When delivered well, drama is one of the most powerful tools we have. Drama develops confidence, language skills, cements friendships and has the power to transport a person from the everyday in to a world of magic and wonder. Drama is about much more than learning lines and standing on a stage and it has benefits for every child. To prove the point, take a look at just some of the comments we've received during the first two weeks of November. Drama, quite literally, has the power to change people's lives...

''My daughter Holly was under a speech therapist when she first started Pyjama Drama. She loved every minute of being able to express herself through the drama and it gave her the confidence she needed. She now no longer needs speech therapy!Thank you Pyjama Drama.'' Beth Wood (Nov 2014)

''Our sessions are aimed at children with additional needs and disabilities - we have a wide range of children that attend and some of their additional needs include hearing impairments, autism, cerebral palsy, and global development delay. Children that attend the session are showing an increase in confidence on a weekly basis. I look forward to continuing to work alongside Pyjama Drama.” Michelle Ruddick, Barnardos (Nov 2014)

''I would like to say how grateful I am to Pyjama Drama. My little boy (who is autistic),  after attending these classes is a different person. He pretends to swim in his little bath full of sharks, he flies to the moon - his imagination abilities has shocked us all! Thank you Pyjama Drama!'' Tamara (Nov 2014)

“My daughter, two and a half, absolutely loves her Pyjama Drama classes. Since being at the classes her imagination has developed ten-fold; she is always playing games without the need for toys and inventing characters. I would thoroughly recommend.” Natalie Crawley (Nov 2014)

''My son, Edison has just turned four and has additional needs including verbal apraxia, meaning he is predominantly non-verbal. He was welcomed with open arms by not only the class teacher but also by a group of non-judgemental parents. Since joining the group Edison has come out of his shell and I even catch him singing on his own when he thinks nobody is listening! He feels comfortable and confident within his group and it shows, and is rubbing off into other areas of his life. He had a huge sense of achievement when he received a certificate last week, he was so proud that everybody clapped for him and now the certificate has pride of place in his bedroom.'' Nina Musson (Nov 2014)

''Ava's parent and school chat yesterday. She's grown in vocab, creativity and confidence. No doubt Pyjama Drama has played a part in that!'' Ava's mum (Nov 2014)

And what of the mum who couldn't make up her mind about taking her daughter along to a class? Well, she took her along, they both loved it and in her own words, ''I only wish we'd gone much, much sooner!''